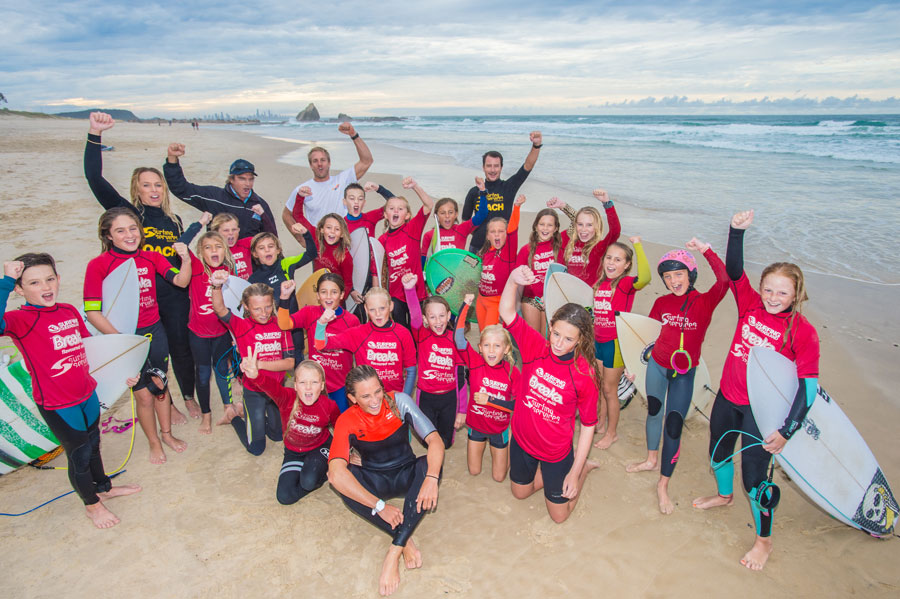 Each year Surfing Services Australia run The annual Go Training with Court Day. Courtney Conlogue is current the World Number 1  WSL Women’s Surfer. The event is run at the picture perfect Currumbin Alley and this year it was held on Saturday 18th June.

20 super excited Surf Groms got to train like a pro surfer for the day. Courtney chatted to the frothing groms with an inspirational and motivating talk on how she started surfing, what drives her to always challenge herself and if you’re game enough to reach for the stars anything is possible.

The Fitness then began…

– Finally they all participated in a recovery and restorative yoga and breathing session with Mae Occulipo, Surfing Services Australia’s highly experienced and zen Yoga instructor.

The most frothing Grom was actually Court who was last out of the surf. The Groms absolutely loved their training day with their favourite surfer.

Back in 2007 when Courtney was only 14 years old she won a surfing gold medal as a member of the U.S. team.

Followed by many more contests wins including the U.S. mainland, the Hurley U.S. Open of Surfing, held at her home break in Huntington Beach and today now currently sitting as number 1 on the WSL.

Conlogue finished World No. 2 at the end of 2015, a painful miss after coming so close. She used the off-season to reflect on her mistakes and is continually making small improvements, inching her ever so closer to taking home the title.

Being coached by one of our amazing coaches from Surfing Services Australia, five times Australian champion Mark Richardson who has taken on the role of coaching her for 6 years now and hopefully for many many more to come, Courtney and Richo are working their hardest to reach her goal of finishing as world No. 1 at the end of this year.