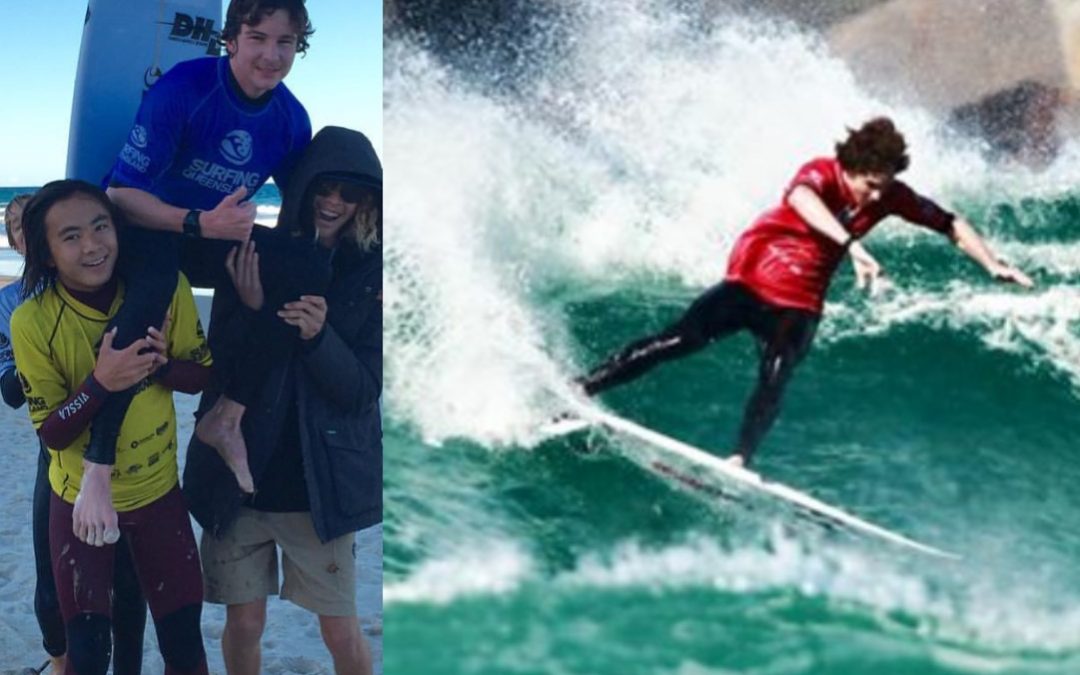 Competitors on finals day of the 2016 Queensland Junior Surfing State Titles were greeted with stellar conditions at the preeminent off-the-wall bank, which Duranbah has to offer. The battlefield was complimented with clean waves in the 3ft range, providing the young juniors with loads of scoring potential which was sure to bolster competition for the final day of their 2016 State Title campaigns.

Capitalising on that scoring potential was none other then Liam O’Brien (Burleigh Heads, QLD) who has been in-form throughout the duration of this years State Title series. The local from Burleigh Heads has had his eye on the golden ticket into the 2017 Quiksilver Pro Gold Coast Trials well before the beginning of this year’s series and was today successful in taking it home.

Not to be outdone was silver medalist, Kai Tandler who despite finishing second in both events, finished first in the overall series ratings with a total 150 points on the strength of two second place finishing results.

The series win for Tandler puts him in the hot seat as one which others will be keeping a close eye on as they come into the 2016 Australian Junior Surfing Titles at Phillip Island later this year.

Also we can’t not mentioned the stand out performance from Josh Boyle who got 4th in the finals and missed out by one spot to make the Qld Team.

Shout out to the girls

Last but not least our star lady Shaye Lwendal got 3rd place in the under 16 girls and gets a spot in the Qld team.

A big congratulations to you all from Surfing Services Australia!

All of our stars performers are coached by our elite team Mark Richardson and Gary Cruishank. Don’t miss out on all the expert advise from our High Performance team